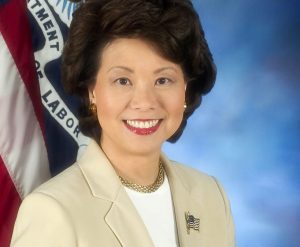 “President-elect Trump has made a very good choice in selecting an experienced and proven leader to serve in this key cabinet post.

“As a former deputy secretary of transportation and secretary of labor in the respective Bush Administrations, there will be little learning curve for Elaine Chao. She is already well-versed on federal transportation policy, regulatory and safety matters.

Since 1902, ARTBA has been the “consensus voice” of the U.S. transportation design and construction industry before Congress, the White House, federal agencies, news media and the general public.