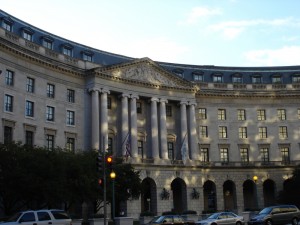 At issue is how EPA is attempting to redefine what collections of water constitute the “waters of the United States” and are therefore subject to federal authority.  Before the EPA issued its new rule, ARTBA warned the agency on multiple occasions that “roadside ditches are not, and should not be regulated as, traditional jurisdictional wetlands as they are not connected water bodies and they contribute to the public health and safety of the nation by dispersing water from roadways.” The new rule, however, did not categorically exempt roadside ditches from federal jurisdiction.  Instead, the EPA ruled a litany of qualifications must be met before a roadside ditch can be deemed exempt from federal permitting requirements.

ARTBA told the agency such a piecemeal approach would add another layer of burdensome permitting requirements, create confusion and increase permitting delays for transportation projects.  The new rule, it said, would also likely be used as a litigation tool to delay projects and, in the process, make them more expensive for taxpayers.

The EPA proposal, the legal challenge contends, is “an opaque and unwieldy regulation that leaves the identification of jurisdictional waters so vague and uncertain that Plaintiffs and their members cannot determine whether and when the most basic activities undertaken on their land will subject them to drastic criminal and civil penalties under the CWA.”

The coalition is also taking issue with how EPA drafted the rule, noting that in addition to distorting U.S. Supreme Court precedent, the agency “subverted the notice-and-comment process by (among other things) failing to seek comment on scientific reports relied on in the Rule and on major revisions of the proposed rule, conducting an inadequate economic analysis, and engaging in an unprecedented advocacy campaign during the comment period that demon­strated a closed mind to comments.”

ARTBA has challenged the EPA in federal court twice before and won.  In 1993, ARTBA sued over proposed expansion of Clean Air Act transportation conformity regulations, and won the case in 1995.  In that same year, the association sued the agency over a proposed CWA regulation, known as the “Tulloch Rule.”  That case ended in victory for the transportation development community in January 2007.

ARTBA has been the transportation construction industry’s primary legal advocate for more than two decades.  In total, these efforts have allowed more than $50 billion in approved—yet challenged—state, regional and local transportation projects and plans to move forward since 1993.