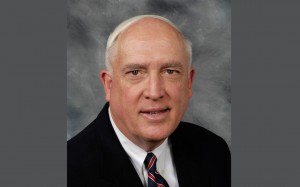 “Since the beginning of the year, Republican and Democratic congressional leaders in the House and Senate have frequently referred to a highway bill as one of their 2015 priorities.  President Obama made similar statements in his State of the Union speech.  Taken together, it leads us to wonder, ‘What are you waiting for?’”

“If the new Congress is serious about proving to the American people it can govern and if the President wants to accomplish something that has been on his agenda for years, then new investments in surface transportation are an area ripe for bipartisan consensus and action.

“However, policy legacies won’t be earned with more short-term gimmicks and temporary patches of the Highway Trust Fund.  It will require Congress and the President to enact a long-term revenue stream to ensure state governments have the reliable federal partner they need to make overdue improvements to America’s roads, bridges and transit systems.”

Established in 1902, the Washington, D.C.-based ARTBA has been the “consensus voice” of the U.S. transportation design and construction industry before Congress, federal agencies, White House, news media and general public.