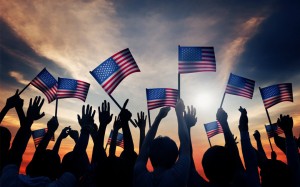 (WASHINGTON) – Voters across the nation again demonstrated they strongly support increased investment in transportation improvements, approving 61 of 92 (66 percent) transportation-related initiatives that were on the November ballot, according to a report from the American Road & Transportation Builders Association’s Transportation Investment Advocacy Center (ARTBA-TIAC).

The measures will provide nearly $15 billion in additional in revenue for transportation projects, the ARTBA-TIAC’s post-election analysis finds.

“These election results show, once again, the public wants our government to invest in our mobility and safety and are willing to pay for it,” ARTBA President & CEO Pete Ruane said. “It doesn’t make a difference whether it is a Republican- or Democratic-leaning state.  The newly-elected Congress and the White House must take note and do their job and permanently fix the Highway Trust Fund. Transportation funding cannot remain frozen in the ice of political inertia and partisanship. The states rely on federal funds for, on average, 52 percent of their highway and bridge capital investments.”

Texans approved the largest state funding initiative, redirecting nearly $1.2 billion in oil and gas revenues from the state’s rainy day fund for transportation. Voters in Maryland (81 percent) and Wisconsin (80 percent) overwhelmingly approved measures to ensure that transportation-related revenues are used exclusively for their intended purpose, and not diverted to non-transportation programs.  With support of 60 percent of voters, Rhode Island voters also approved a statewide $35 million bond proposal.  A Louisiana proposal to approve creation of a state constitutional amendment establishing a state infrastructure bank was defeated.

Of the county and local initiatives:

TIAC, which was launched by ARTBA in March, is an online educational platform that features detailed case studies of recent transportation funding campaigns—both successful and unsuccessful—mounted in numerous states. It includes television, radio and print ads, polling, an overview of state and local funding and finance mechanisms, and an ongoing blog detailing new developments across the nation.

Established in 1902 and headquartered today in the Nation’s Capital, ARTBA is the “consensus voice” of the U.S. transportation design and construction industry.